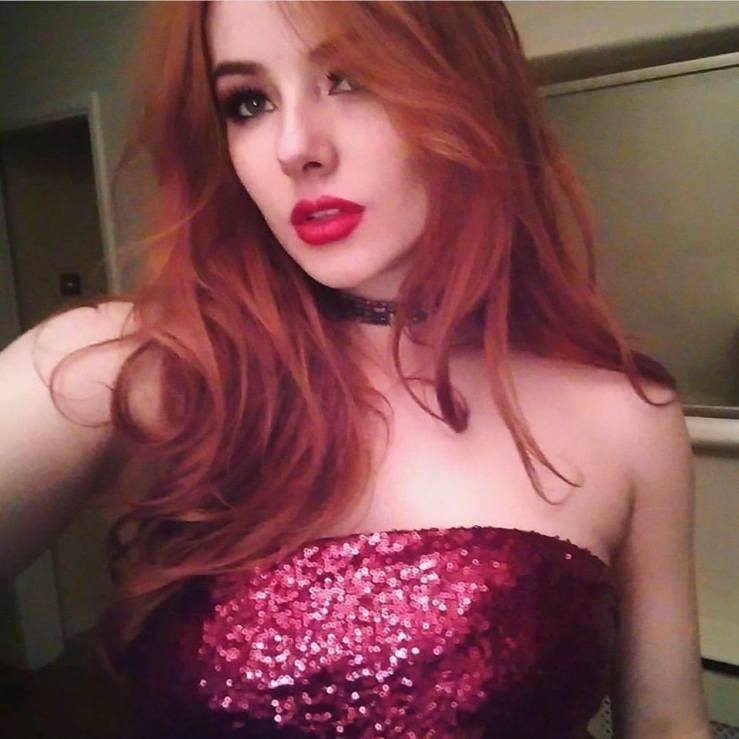 New Year, new me: that’s the promise so many of us make to ourselves each January. But for Ashleigh Millman, 23, the first few days of 2017 were spent battling with a sinister new version of herself: she had become the face of a catfish.

Then a part-time model and student, Ashleigh was an avid user of Instagram and checked the app at least once a day. But as 2016 drew to a close, Ashleigh found she could not access her account and realised that the associated email address had been changed.

Ashleigh’s username had been changed to ‘liza_hot_7289’. Her bio invited followers to “look at me naked here”; those lured by the promise of nude photos were redirected to a suspicious website if they clicked on the link. 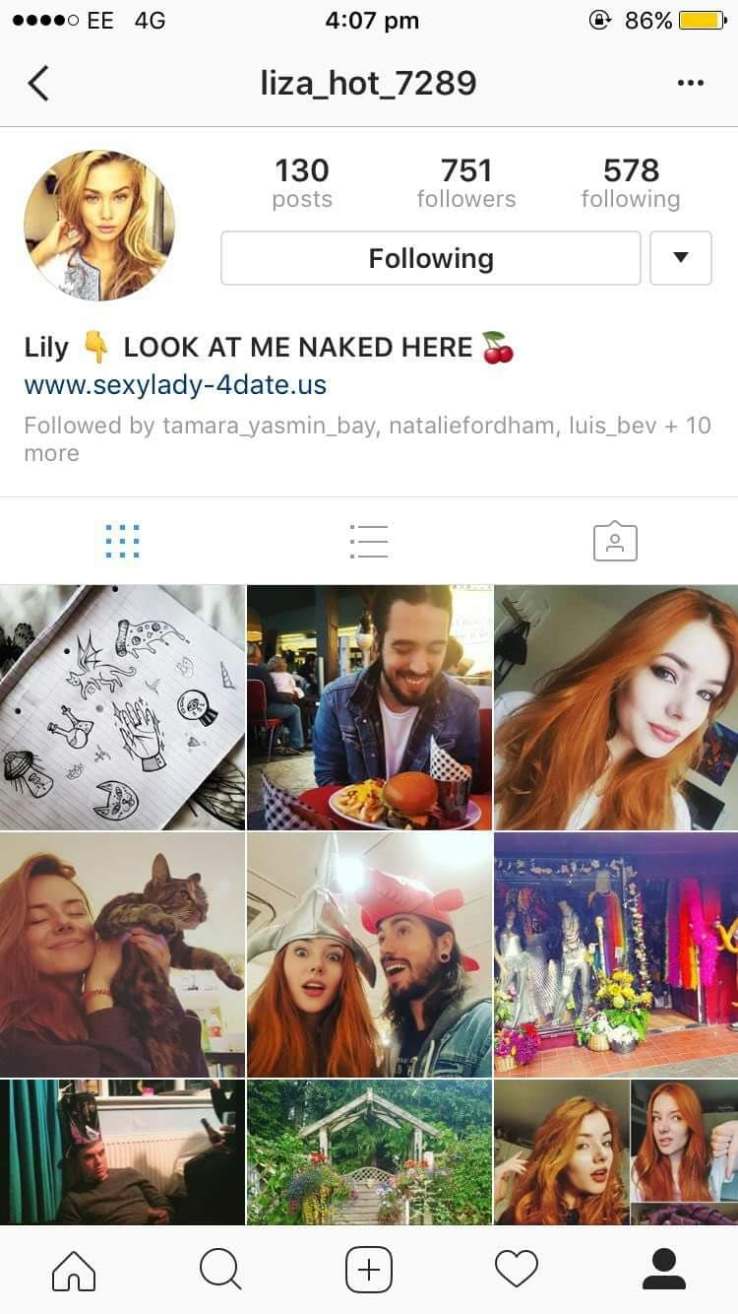 Ashleigh began to panic. “In the time it had taken for me to see the hack, they could have gone through all of my messages and used my pictures for anything they wanted. It was such an invasion of privacy, and it made me feel really uncomfortable.”

Ashleigh first reported the hacked account on 28th December 2016, but Instagram didn’t respond. “I reported it a number of times, messaged them on Twitter and contacted them via direct messages, and they just never got back to me. They expect the user to figure it out themselves.” 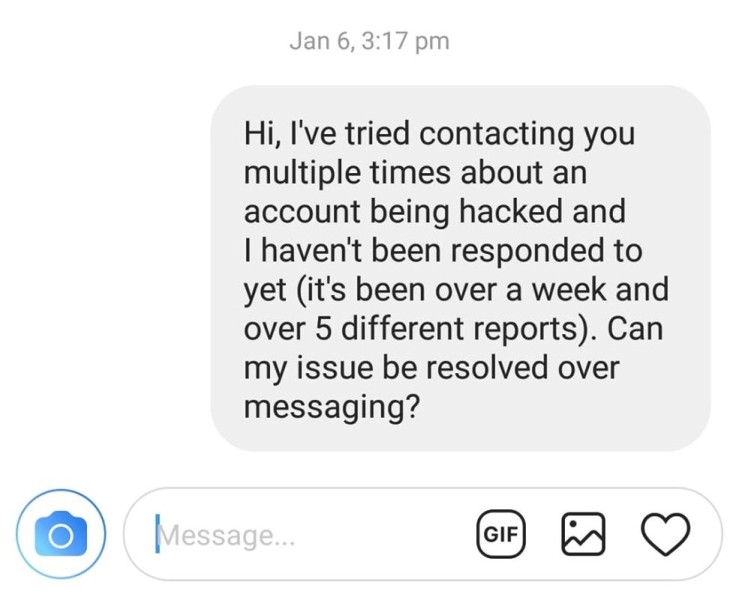 “I was upset because it’s a whole period of my life that I’d made a timeline of,” she says. “It was like an online scrapbook that I then couldn’t look back on.”

Although she was frustrated with Instagram after the hack, Ashleigh was relieved that her ordeal was over. Yet just nine months later, her images were used for catfishing once again, this time on the dating app Tinder.

In September 2017, one of Ashleigh’s friends told her that he’d stumbled across a Tinder profile using Ashleigh’s photos. “I think he thought it was quite funny, and so did I to begin with, because it clearly wasn’t me.”

The catfish called herself Milly and claimed to be a part-time model like Ashleigh. She was initially amused by the account, particularly as the description of a “5’5 crazy gal” knocked three inches off her height.

But other details about the fake profile disturbed her. Her friend could see users within a 50km radius, so the catfish could have been someone local.

It also troubled Ashleigh that acquaintances might think she had a fake Tinder account, as a means of cheating on her then-boyfriend. “Anyone close to me would realise that wasn’t my account, but people who don’t know me too well might have thought that I was on Tinder as Milly.”

For Ashleigh, the most upsetting aspect of the fake profile was that Milly, whoever she really was, was offering oral sex if she couldn’t outdrink you. “Both the Liza Hot hack and the blow job reference on Tinder were really insulting,” she tells me, “as they just devalued me and reduced me to my base level as a sex object.

“I was unhappy that my face was being used to advertise sex because there’s a lot more to me than just my appearance. I guess they were trying to scam people, and again I obviously wouldn’t want to be associated with that.”

Once again, Ashleigh was fearful that her reputation would be damaged because of catfishing. “They could be saying or doing anything with my face slapped on top. They could completely defame me if they wanted to.

“I asked my friend to match with her because I wanted to know what other people’s experience of the profile was.”

When this approach didn’t work, Ashleigh’s friend reported the account but never received a response from Tinder. One year on, Ashleigh remains worried that the profile could still be active.

Her experiences with Instagram and Tinder catfishing have changed the way that Ashleigh views the internet: she now uses two-factor authentication on all her social media accounts, and reveals far less about herself than she used to.

“You get comfortable thinking that you can upload pictures, but then someone manipulates them. I do get worried about being too present online, because it can either be an avenue for people to interact with you negatively, or pretend to be you so that they can interact with others negatively.”

Ashleigh now makes her living as an entertainment journalist on YouTube, but is frequently the target of misogynistic abuse online. Although the vast majority of viewers are supportive of Ashleigh, a few isolated commenters frequently single her out because of her gender, calling her a “dumb bimbo” or making violent sexual threats.

Ashleigh fears that she could be the target of another catfishing attempt in the future, this time by malicious internet trolls. “There are people out there who absolutely hate me, for no other reason than because I have a different opinion to them. So they would take a lot of pleasure in making me out to be something I’m not.”

Despite her own experience of catfishing, Ashleigh is fascinated by The Circle, the Channel 4 reality show that sees isolated contestants choose whether to be honest online or construct a fake persona.

“I think it’s a reflection of what social media is like, because nobody is themselves on the internet. You might be true to your yourself but use someone else’s face, whilst someone else could be themselves physically but offer up a completely different personality.”

“So where do we draw the line? Is it when people lie outright by stealing pictures, or is it when they bend the truth by pretending to be someone they’re not?”

Ashleigh’s advice for anyone whose photos have been stolen for catfishing is succinct: don’t panic, and invest in two-factor authentication on all your accounts.

Although technology was the source of her catfishing problems, she also hopes it can be the solution. “I think fingerprint and retina scanning is great. Biometrics make me feel safer as an online user- if a little worried about the government stealing my data and making a clone.”

Despite the turmoil of catfishing, Ashleigh hasn’t been cowed by online identity thieves. But as I end the interview, she laughs and gives me one final, morbid reminder: “The catfishing incidents confirmed to me that it really isn’t safe out there. I shouldn’t have trusted the internet.”