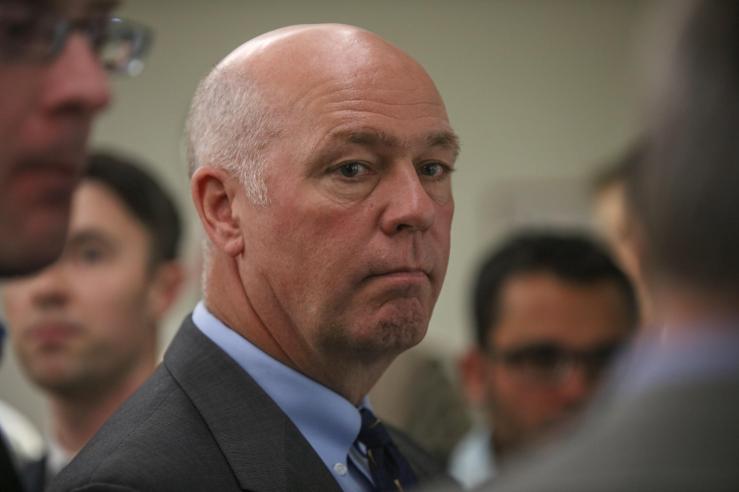 On 24th May, Republican congressional candidate Greg Gianforte body-slammed a Guardian reporter after he asked a question about healthcare. The next day, Gianforte won Montana’s special election with an assault charge hanging over his head. The incident epitomises a worrying acceptance of immorality in US politics, one due in no small part to the normalisation of Donald Trump.

Montana’s special election to find a replacement for Ryan Zinke, Donald Trump’s Secretary for the Interior, was a closer race than the GOP had hoped. Trump’s 20 point victory over Hillary Clinton in 2016 should have paved the way for a Republican win in the state, despite Gianforte’s own failure to become Governor of Montana back in November.

Four months into the Trump presidency, the election was an opportunity to test the resilience of Trump’s appeal and the strength of the Democratic base. Neither Gianforte nor Democratic nominee Rob Quist were ideal candidates; tech millionaire Gianforte was articulate but stilted on the campaign trail, whilst the musician Quist had name recognition in Montana but little political experience or knowledge.

On the eve of the election, Guardian reporter Ben Jacobs asked Gianforte about the newly released CBO score for the American Health Care Act, which indicated that the number of uninsured Americans would increase by 23 million by 2026. Gianforte’s position on the issue has been unclear; although he told Montana Public Radio that he would have voted against the bill without a CBO score, he indicated in a leaked phone call to lobbyists in Washington that he supported the AHCA.

After the release of the CBO score, Jacobs’s inquiry was something Gianforte should have seen coming. Instead of continuing to decline the question, Gianforte chose to physically assault the reporter, breaking his glasses and  telling him to “get the hell out of here.”

Gianforte released a statement through his campaign spokesperson Shane Scanlon after the assault, accusing Jacobs of behaving “aggressively” and refusing to lower his recorder. Later, Jacobs’s account was corroborated by a Fox News team and a Buzzfeed reporter who stood outside the room. An audio recording of the assault released by the Guardian clearly shows Jacobs was never asked to lower his recorder, despite Gianforte’s claims.

The police were called, and later that evening Gianforte was charged with misdemeanour assault.  Montana’s three largest newspapers rescinded their support for Gianforte, who was also condemned by House Speaker Paul Ryan , but Gianforte won the seat by six points just one day after the assault.

Due to the large proportion of early postal ballots, there’s little way of knowing what impact the incident would have had on the result. Yet the response of voters and politicians to the assault on Ben Jacobs could have wider implications for the Trump regime and the increasingly normalised position of violence in American politics.

In his victory speech, Greg Gianforte apologised to Ben Jacobs and the Fox News team present for the way Jacobs was treated, but did not acknowledge the exact nature of the assault. He made no mention of the AHCA in his address.

Upon mentioning the assault , some of Gianforte’s supporters laughed and one follower told the congressman he was “forgiven.” Conservative commentator Laura Ingraham epitomised the dismissive response of some supporters when  she tweeted “did anyone get his lunch money stolen today and then run to tell the recess monitor?”

If a congressman can assault a reporter the day before an election without long-term political or personal consequences, then it speaks volumes about the state of American politics. The response to Gianforte’s actions must be swift, if the acceptance of violence and criminal behaviour by politicians is to be avoided. Yet Donald Trump’s political career has set an alarming precedent.

For Gianforte, the Trump connection has brought benefits. In his 2016 campaign, Gianforte distanced himself from Trump and lost, but in his congressional race he embraced Trump’s rhetoric to great effect. Appearing on the campaign trail with Mike Pence and Donald Trump Jr., Gianforte promised voters he would “drain the swamp” and vowed to “make Montana and America great again” in  his victory speech .

New outrages emerge with every passing day of Trump’s presidency, each one with the potential to bury the next. Gianforte’s attack was caught on tape, just as Trump’s confession to sexual assault was. Some, like Ingraham , have tried to excuse Gianforte’s actions as the machismo of a true Montanan, just as Trump dismissed his words about assaulting women as “locker room talk.”

Scandals, even ones as violent as Gianforte’s, have ceased to surprise the electorate. Donald Trump’s evasion of consequences for his many indiscretions has a trickle-down effect for the rest of the country; from his comments onpunching protesters on the campaign trail to his desire to jail journalists , Trump normalises what would normally be considered highly immoral and/or illegal.

The issue is bigger than any one individual. If Gianforte manages to survive this assault charge, it sends a message about what is acceptable conduct for an elected official, just as Trump’s presidency already has done. The impact of the Trump effect on the treatment of individuals like Gianforte must be recognised for what it is- a highly disturbing, unprecedented attack on America’s moral centre.