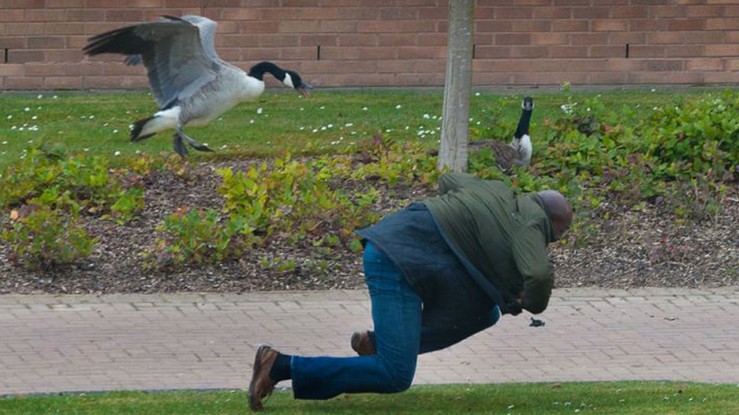 The 2017 parliamentary campaign of the Warwick Goose may have come to an end, after news emerged that he was not listed as an official candidate for the Warwick and Leamington constituency.

The deadline for candidates to submit the relevant nomination forms passed at 5pm on 11 May. Nominees from the Conservatives, Labour, Liberal Democrats, Green Party, and UKIP will be contesting the seat this June, which has been held by Conservative MP Chris White since 2010.

The Goose declared his intention to run in early May, stating: “For too long the political elites on the Parade have led the local agenda, but I say no more!” In a star-studded campaign video, the Goose pledged to create a strong and stable campus for Warwick students.

Running on a pro-Remain platform, the Goose is vocally opposed to “Theresa May and her gaggle of Pop! hating snakes.” In 2016, he described himself as “neither politically left nor right wing,” as “it’s surprisingly difficult to fly without both.”

Through his official Facebook page, which has been liked by over 700 people, the Goose asked his supporters to help raise the £500 deposit required to stand as an MP. However, at the time of writing, the Goose’s GoFundMe page has raised £10, only two percent of that goal.

Far from a fledgling candidate, the Goose is an experienced political campaigner and ran for President of Warwick SU in March 2017. In an interview with The Tab, the Goose stressed his opposition to the “human-centric bias of the SU.”

He added: “not many candidates can say they’ve been chairbird of the Avian Caucus nor have they consistently offered such dedication to the SU in the form of puns and memes.”

Despite his popularity online, the Goose has been dogged by persistent allegations of fowl play, and was reportedly caught on camera assaulting a Warwick student in 2013. In a recent Facebook post, he commented: “best of luck to everyone starting exams soon. Just remember, no matter how well you do, I will still bite you.”

It is currently unknown whether the Goose will be continuing to pursue political office.

When approached for comment by The Boar, the Goose claimed to be offended at the insinuation his campaign was over. The Goose has refused to answer further questions from The Boar until he receives an apology from the News editorial team.