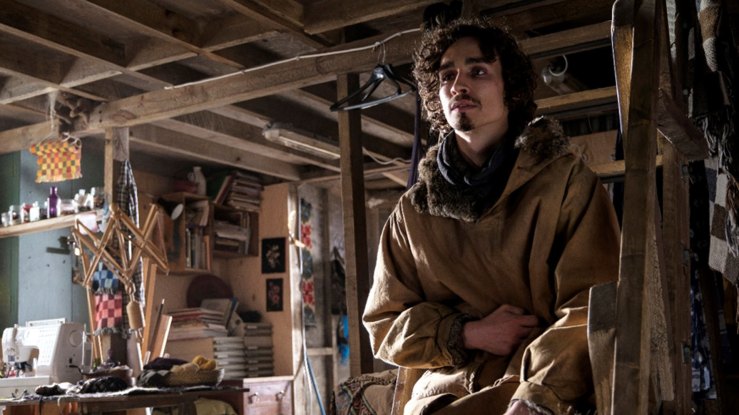 The fourth episode of Fortitude Season 2 slowly reveals more depths of its central mystery, but provides plenty of conflict to satisfy the audience.

Rune finally reveals his connection to Lazlo Hindemith- he visited the apartment where Hindemith manufactured muskimo, a drug made of the urine of reindeer that have been fed hallucinogenic mushrooms. It sounds outlandish, but by Fortitude’s standards it’s barely considered odd. In the drug den, Rune saw the man he believes cut out Tavrani’s tongue, who he calls ‘the man with no face.’

Though there are new revelations in the case, Fortitude’s police aren’t much closer to understanding what’s going on in the town.

The headless body from last week’s episode is identified as Bianca Mankyo, a young student who worked at the supermarket. Petra finds the desecrated grave of Tavrani’s ancestor, and seems to understand his feelings towards his attacker. Yet his escape from the hospital sets the case back to square one.

If the murder mystery remains obscure, then the personal struggles of Fortitude’s residents are heating up. Dan breaks into Khatri’s home and forces her to eat with him, all the while interrogating her about her past experimentation on live subjects. Khatri, who has examined Dan’s medical records, has her own line of questioning regarding Dan’s health.

Dan and Khatri aren’t the only warring duo in Fortitude. Hildur enlists Michael Lennox in a plan to sneak into Erling Munk’s hotel room, and despite nearly being caught, she uncovers evidence of her unlawful dismissal. Meanwhile, Eric fights Michael in the belief that he’s sleeping with Hildur (which is a bit rich, considering his history).

Hildur and Eric’s marriage is well and truly on the rocks. It may be Valentine’s Day this week, but romance in Fortitude is all but dead.

Natalie and the newly blinded Vincent are still bickering out on the ice, and Vincent seems to sense that Natalie is lying to him about something. Their close encounter with a blind nomad has truly scuppered any chance of salvaging their trip.

Elsewhere, Michael is resolutely in denial about Freya’s failing health. Freya takes part in a ritual with newcomer Vladik (Robert Sheehan), a mysterious shaman and potential murder suspect. Michael and Freya both want “peace without turmoil” for Freya in the coming weeks, but whilst Michael remains convinced a cure exists, Freya may well be searching for a painless death.

Episode 4 was a far more balanced affair than last week. Whilst the mystery remains unclear, the episode felt more tightly focused and was filled with powerful moments. Between the bar-fights and brutality, Fortitude dialled the tension up to eleven this week.