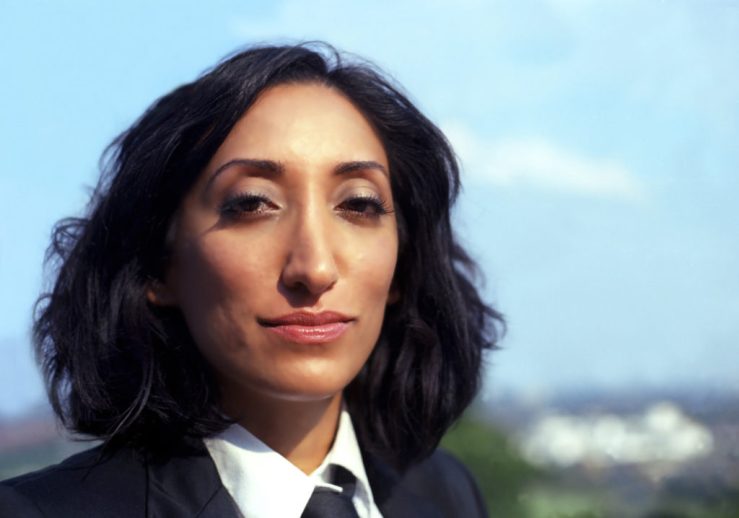 Tell us a little about your new show, The Kardashians Made Me Do It.
It’s about four things really – political correctness, people being offended, ISIS, and jihadi brides.

You emerged as a comic shortly following 9/11, and received a lot of praise. Were you prepared for the level of attention you’d receive?
No, I just wanted to be a comedian. I just wanted to tell jokes and be good at what I did. I didn’t think about fame […] Comedy’s very hard, and it takes a long time to get good, and that’s what I wanted to do.

Do you feel a pressure to be somehow representative of a British Muslim experience? Particularly with the desire to balance your material about your faith with other topics?
I used to feel that, but I don’t feel it anymore. I’ve been doing comedy for a while now, and I feel like I can talk about anything I want and people will see me as a comedian, rather than a spokesperson. I have to say, this is the most political show I’ve ever done. I’ve never previously done anything so political […]

In the past I’ve always talked about frivolous things, you know, like Primark […] And I did a lot of stuff about my moustache and facial hair […] This is different. I’ve never done anything like this before. So even though there may have been pressure for me to talk about certain things, I never succumbed to it. But I’m doing this on my own terms now.

Who are your comedic influences?
When I was growing up, the only people that we ever saw on TV doing comedy were white. I used to watch Kenny Everett, Larry Grayson, Frankie Howard […] Those were the people that were on TV at the time, white men, and that’s all I knew really. I never thought I’d ever be a comedian. I just thought, you know, ‘Asian women don’t do that.’ But when I started watching comedy, I really liked Richard Pryor, Robin Williams, and Woody Allen. Those were the kind of people […] who I thought were really great.

The word that’s constantly attributed to your comedy is “brave.” Do you like that term, or is it frustrating?
I don’t know what that means, really. No comedian sets out to be brave. Every comedian probably sets out to be funny.

You used to be a science teacher before your career change. How has that impacted the way that you perform?
It’s everything, really. When I was a teacher I taught in very rough schools, I taught in Tower Hamlets. Kids used to sit there and go, “this is boring, when are you going to stop talking?” And when I started comedy, nobody ever tried to escape from one hour gigs through a window […] I just thought, ‘this is easy.’

What’s your favourite thing about being on tour? Are you enjoying it?
It’s very tiring. Sometimes it’s nice to stay in a hotel because I don’t do my VAT returns, or get distracted and clean saucepans… Eventually, what I prefer is coming home to my own bed.  But I love being on tour. I love going to places where I wouldn’t normally go, and being with different audiences and seeing how the show goes down.

What have you got planned for after your tour is over?
My tour’s been extended until March 2017, and I’ll be going to New York for a couple of weeks.  I hope to do more TV, a sitcom. I’d love to do a rom-com – especially with George Clooney, that’d be really good. I just want to do more comedy film and comedy TV, really.